Training sessions will be available 3:30-5:30pm Monday, Tuesday, Thursday and Friday. No Wednesday hours at this time. Limit in the weight room at one time is 15 students with the coach. You MUST do the Covid check-in sheet before entering the weight room each day. BRING YOUR OWN FILLED WATER BOTTLE AND TOWEL FOR USE.

Listed below are the links for each Tosa East sport to watch the contests live for the 2020-21 school year.   Girls Basketball: https://www.youtube.com/channel/UCxDyWMRm1ORze_9wO1PZmGg/ Boys Basketball: https://www.youtube.com/channel/UC8Uut8Q77J3AAOMmk08GTEw/ **We are aware there is some difficulty to view the scoreboard on the basketball streaming video.  It is due to one of the side baskets.  We will attempt to place 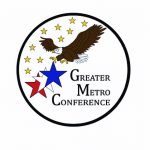 The following link will provide needed information for attending contests at Greater Metro Conference schools. For football, as that sport is in the Parkland Conference, the spectator restrictions are the same as our home events.  Please refer to this link prior to your arrival at the location.  Any non-conference information will be sent out as

Congratulations to wrestler Asymina Zwart who won the Women’s High School Folkstyle State Tournament on Sunday.  Asymina posted a 5-4 win in the quarterfinals before pinning her opponent from Whitnall-Greendale in the semi-finals.  In the finals, she won a 5-3 decision over Chloe LaRue from Belmont-Platteville.  This state tournament was run by the Wisconsin Wrestling

No Events This Week Events are added by athletic staff.

The boys basketball team won the WIAA Regional 4 championship against Brookfield Central.  Two of the top 10 teams in the state faced off for the third time this season, with Tosa East coming out on top 77-74. Next up will the the first round of the sectional games on Thursday, Feb. 25 at 7:00pm.

Even through all the covid adjustments to the boys and girls swim/dive season, several school records fell for each team. Leading the record breaking was senior Ben Meulemans, who broke four school swimming records.  He broke the 100 backstroke in a time of 52.13  that stood since 2010, 53.16 by L. Mielke. The next three

Tosa East boys basketball has become the 2020-21 Greater Metro Conference champions.  The team had a tremendous regular season, finishing with a 17-3 record overall and 15-1 in conference play, losing only to Sussex Hamilton at home. The boys basketball program hasn’t won a conference title since the 2007-08 season. The team now heads into