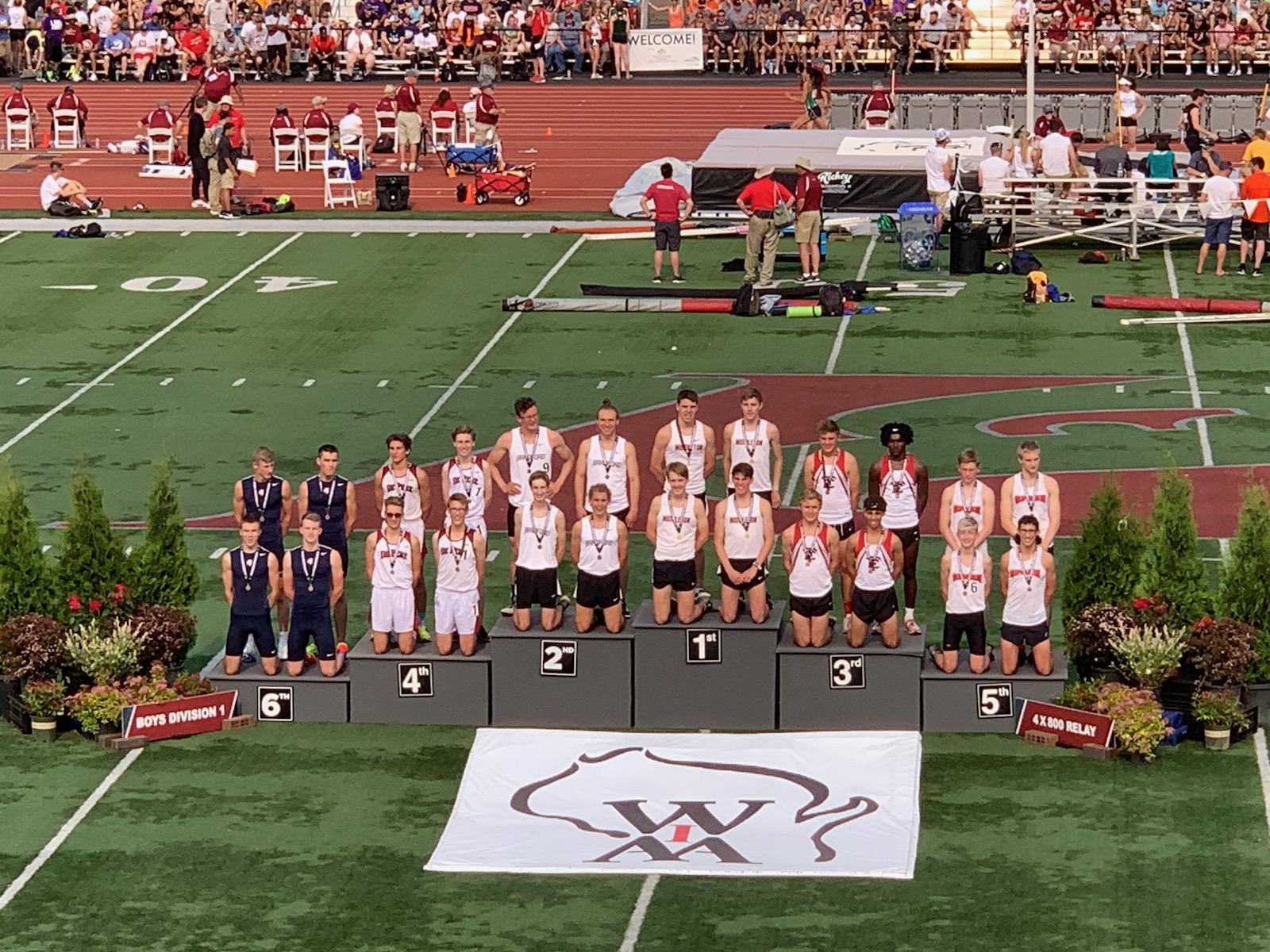 The 2019 WIAA State Championship meet was full of highs and lows and the Red Raiders experienced both and everything between on Friday and Saturday at UW La Crosse.

Chase Roberts ran a 48.73 in prelims to win his heat and advance to the final as the top seed and new school record holder. Roberts broke a 43 year old record by Eddie Simmons of 48.7

Michael Pridgeon threw the discus 124′ 7″ to place 22nd and Jacob Wodushek just missed opening height of 13′ in the pole vault which would have been a PR by over a foot!

Henry Wellenstein had a strong start to the 3200m run until a side cramp struck and slowed him over the last part of the race yet he still managed 9:45.78 for 24th place.

The 4x400m relay team of Caleb Anderson, Max Radcliffe, Nile Bridges, and Chase Roberts got off to a strong start through the first two legs and we’re running in first place until Bridges hamstring (which he previously injured on April 6 at WTFA indoor state) gave out. Bridges tried getting up to run and went down again immediately, however he found the strength and courage to get up one more time and hop the last 300 meters around the track to finish his leg and give the baton to Roberts. While the team did not advance to finals it was an inspiring performance by the sole senior to get back up and finish on one leg.

Saturday:
Henry Wellenstein ran his 3rd and final race of the weekend in the 1600m run from the slow heat and won in a PR time of 4:21.28 seconds which now ranks him #3 all time at Tosa East and managed to place 7th overall. Nate Blischke also ran a PR in that heat in 4:28.42 for 17th place.

Chase Roberts did not let the pressure of being the top seed hinder his race at all. He ran a smart race in tougher conditions with 48.86 to win his first state championship by over a quarter of a second and became the first Tosa East boy to win a track and field event since Tony Smith back in 1985!