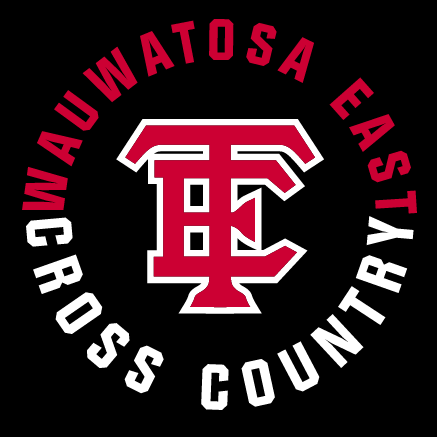 The Red Raiders placed 9th out of 10 complete teams at the WIAA Sectional 7 hosted by Brookfield East at Mitchell Park with 181 points.

Even though they placed towards the bottom of the team standing the boys had plenty to be excited about with four PRs and a season best.

The goal of getting an individual to state, in the extremely competitive field that has the #8 Brookfield East, #9 Germantown, and #13 Whitefish Bay plus another handful of tough individuals from other teams, was a tall order for Arthur Wellenstein, but he came into the race with the perfect race plan and mindset.

He put himself right on the back shoulder of a group of about 8 guys that were all fighting for the 5 individual qualifier places to state. Shortly after the mile mark he found himself letting a gap open between himself and the group and came dangerously close to losing contact and slipping out of contention, but Arthur threw in a surge to get back to the back and by the 2 mile mark he looked strong and had moved into the middle of the group that was now shrinking. Over the last half mile of the course Arthur moved up into 6th place and was able to pass one more runner in the final sprint to the finish to place 5th and guarantee himself a trip to state no matter which two teams would advance. (The top 2 teams qualify to state and the top 5 individuals that are not on those two teams).

When it was all over for Arthur Wellenstein had run a PR 16:16 to finish 5th. He not only advances to state for the first time, but he broke a 39 year old sophomore school record set by Adam Miller (16:26 in 1980), and moves up to 19th on the Tosa East All-Time list.

Also competing was Hamze Boulaleh who ran a PR 18:24 for 59th place and Dan Eash-Scott who ran a season best 18:39 after battling back from mid season injuries.

The State Meet will be held at The Ridges Golf Course in Wisconsin Rapids on Saturday, November 2. The Division 1 boys race will be contested at 2:35 PM